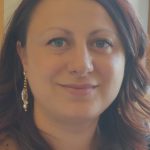 (IIA) aquilino@iia.cnr.it
Mariella Aquilino is a research fellow at Institute of Atmospheric Pollution Research (IIA) of CNR and a PHD student at the Doctoral School of Risk and Environmental, Territorial and Building Development of Technical University of Bari. She graduated cum laude in Environmental Engineering in 2012. A year later, she attended the post-graduate Master on ‘Space technologies for remote sensing’ at Physics Department of University of Bari, receiving a degree cum laude in September 2015. In 2013, as a research assistant at the Department of Agro-Environmental and Territorial Sciences of University of Bari, she got an assignment for a multi-scale change detection analysis of satellite data at different spatial resolutions, aimed at monitoring plant biomass and vegetative vigor in agricultural areas (i.e., estimation of Leaf Area Index and Spectral Vegetation Indices). From October 2013 to December 2018, she worked as a Research and Development Engineer at Sitael SpA, in Space Applications domain. Her main research fields include digital image and signal processing, inverse modelling of remotely sensed data, aerial and satellite imagery navigation and registration, geospatial data processing in GIS environment, statistical analysis and machine learning approaches applied to Big Earth Observation Data. The most recent research activity, at CNR-IIA, focuses on integration of Earth Observation and Socio-Economic Data to implement Sustainable Development Goals Indicators for the United Nations 2030 Agenda. This theme was recently addressed in important national and European projects by CNR-IIA. 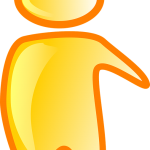 (IBIOM) b.balech@ibiom.cnr.it
Researcher at the Institute of Biomembranes, Bioenergetics and Molecular Biotechnologies of the Italian National Research Council (IBIOM-CNR). In 2004, he graduated as Agriculture Engineer from the Lebanese University of Beirut. He obtained two master’s degrees, the first in Integrated Pest Management of Mediterranean Fruit Tree Crops and the second in Bioinformatics and Molecular Biodiversity. In 2012, he accomplished his Ph.D degree in Genetics and Molecular Evolution from the University of Bari. His research activities are mainly focused on molecular biodiversity studies including the development of bioinformatic workflows for DNA barcoding and Metabarcoding, molecular phytopatholgy, phylogeny inference and genomics. He is specialized in data handling and in-silico experimental setup up for Next Generation Sequencing (NGS) analyses framework. He conducted several studies in environmental and ecosystem functioning related to metazoans, viruses, phytoplasma and fungi. His activities have led him to actively contribute in several national and international research and infrastructure projects of scientific relevance to biodiversity, human nutrition and food supply chain. 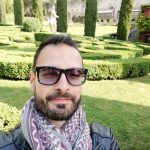 (IC) danilo.belviso@ic.cnr.it
He graduated in Chemistry (110/110 cum laude) in 2008 and he got PhD in Chemical Synthesis and Applied Enzymatics in 2012 at the University of Bari. He worked as postdoc at the Institute of Crystallography (CNR) and at Center for Biomolecular Science (Nottingham University). Since 2018, he is staff researcher at the CNR Institute of Crystallography (CNR). Structural biology/chemistry represent his main interest along with the development of materials for crystallization/immobilization of proteins. He is expert in X-ray based techniques to investigate the structure of biological macromolecules (X-ray diffraction, XAS, and SAXS), protein expression/purification, and protein crystallization. He is involved in research project related to structural studies/inhibitor development of proteins involved in inflammatory response (COXs), proteolysis (MMPs and ubiquitin), coagulation (thrombin), metal homeostasis (ATOX1 and MNK1), and methyltransferases (NSDs). 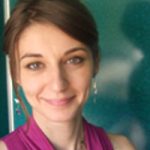 (ITB) arianna.consiglio@ba.itb.cnr.it
Arianna Consiglio graduated summa cum laude in Computer Science in 2006 at the University of Bari with a thesis on Computational Intelligence. From 2007 to 2009 she worked on the development of predictive models for risk assessment. In May 2009 she completed a Master in Information Systems Government at the University of Rome. Since November 2009 she works at CNR in the Institute for Biomedical Technologies (ITB) of Bari, in the Bioinformatics group - first as research fellow and then as researcher - and in 2016 she obtained the Ph.D. in Computer Science at the University of Bari with a thesis that applies methods of Computational Intelligence to Bioinformatics. Her main research activities are: design and development of algorithms, workflow, applications and bioinformatics databases; statistical analysis of bioinformatics data produced by Next-Generation Sequencing (NGS) technologies; application of Computational Intelligence methods to experimental data. 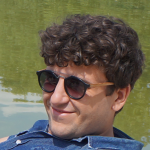 (IC) nicola.corriero@ic.cnr.it
Nicola Corriero is a researcher at the Institute of Crystallography (IC) of the National Research Council. He graduated in Mathematics in 2004, in Computer Science in 2007 and he got a PhD in Computer Science in 2011 at the University of Bari. From 2011 to 2012 he worked as full professor of Computer Science at University of Vlora. From 2012 to 2019 he got a postdoctoral positions at the Institute of Crystallography in Bari. His main research activities are: crystallographic methods, software development, machine learning. He developed software, databases and web portal to implement crystallographic methods applied to crystal structure solution and phase identification using powder diffraction data. He is studying different machine learning approach to crystal structure solution during last year. 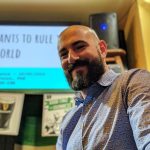 (IBIOM) b.foss@ibiom.cnr.it
Bruno Fosso graduated in Medical and Molecular Biotechnologies in 2010 and he got PhD in Bioinformatics in 2014 at the University of Bari “Aldo Moro”. Since 2014, initially as post-doc researcher and from 2019 as permanent researcher, he worked at the Institute of Biomembranes, Bioenergetics and Molecular Biotechnologies - IBIOM (CNR). The metagenomic investigation of host-associated microbiomes and environmental prokaryotic communities is the main topic of his research activity. During the last 10 years, he developed tools and databases for both metabarcoding and shotgun metagenomics investigation of microbial communities. He participated to several Italian (MICROMAP, OMICS4FOOD) and European projects (BIOVEL, EXCELERATE and ELIXIR) and he currently is an active member of the BITS (Bioinformatic Italian Society) and ISCB. 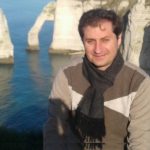 (ISTP) vincenzo.laporta@istp.cnr.it
He graduated in Physics (Laurea) in 2003 at University of Bari and he got the PhD in particle physics in 2007. From 2007 to 2018, he got postdoctoral positions in Europe and in US. Since 2018, he is permanent researcher at CNR – Istituto di Scienza e Tecnologia dei Plasmi. His research activity is focused on molecular dynamics and on modelling of systems in thermodynamic non-equilibrium. In particular, he studies – in the framework of ab initio quantum chemistry approaches – electron-impact collisions involving vibrationally and rotationally excited molecules and molecular ions. Typical processes he considers are molecular dissociations, vibrational excitations and ionization. These results have huge fields of applications. They range from plasma-assisted combustion, spacecraft entry in planetary atmospheres, controlled fusion, interstellar medium and prebiotic synthesis of the molecules of life. 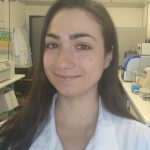 (ISPA) martina.loi@ispa.cnr.it
Martina Loi is a researcher at the Institute of Sciences of Food Production of the National Research Council (CNR-ISPA). She obtained a Master's degree in Biology (110/110 cum laude), an advanced post graduate course in “Food Science, Technology and Human Nutrition sponsored by Ferrero Foundation (2013), and a PhD in “Healthy foods: innovation and management” (2018). Before joining the CNR-ISPA with a permanent position, she served as a research fellow at CNR-ISPA (2018-2019) and for a few months as a technical assistant in the Feed Unit of the European Authority for Food Safety. Her scientific background relates to biochemistry and food science; she currently studies innovative methods for mycotoxins reduction, with particular regards to redox active enzymes and natural compounds, with the aim of improving food and feed safety, along with their nutritional and technological quality. 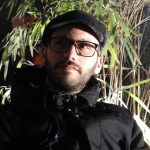 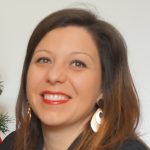 (IAC) a.martiradonna@ba.iac.cnr.it
Angela Martiradonna is a postdoc researcher at the Institute for Applied Mathematics (IAC) of the CNR. She graduated cum laude in Mathematics in 2012 and got the Ph.D. in Applied Mathematics at the University of Bari in 2017. She is involved in european and italian projects with CNR and she collaborates with COISPA Teconologia & Ricerca (Bari) in the field of Fishery. Her main research interests are: optimal control of invasive species, with particular attention to the case study of Ailanthus altissima in Alta Murgia National Park; positive and linear invariant preserving numerical integrators for biochemical systems, with applications to the vibrational kinetics; fish population dynamics based on age-structured PDE models; statistical analysis of georeferenced time series (GLM, GAM, environmental variables, zero-inflated data, bayesian kriging). 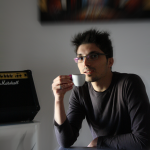 (STIIMA) antonio.petitti@stiima.cnr.it
Antonio Petitti is an Automation Engineer at CNR-STIIMA. He received the BS and MS (Laurea Specialistica) degrees (summa cum laude) in Automation Engineering from Politecnico di Bari, Italy, in 2008 and 2010, respectively. From January 2012 to December 2014 he attended the Ph.D. course in Electrical and Information Engineering, Politecnico di Bari, Italy, and the high qualification program “Scuola Interpolitecnica di Dottorato” in Information and Communication Technology, Torino, Italy. He worked at Italian National Research Council (CNR), Italy, as a Research Fellow (June 2011 – November 2018) and as a Fixed-Term Researcher (December 2018 – September 2019), where he was involved in the design of innovative estimation algorithms for robotic networks. Since October 2019 he is Permanent Researcher of the Institute of Intelligent Industrial Technologies and Systems for Advanced Manufacturing (STIIMA) of the National Research Council, where he cooperates with the Intelligent Sensing and Perception Group for distributed estimation and cooperative control of robotic networks, dedicated to industrial applications, precision agriculture, and smart retail systems.

(ISPA) alessandra.villani@ispa.cnr.it
Alessandra Villani is a postdoc at the Institute of Science of Food Production (CNR-ISPA) in Bari. She received her Master’s degree in Biology in 2011 and her Ph.D. in Evolutionary and Environmental Sciences from University of Bari in 2016. During her postgraduated research, she used a polyphasic approach, including morphological, chemical analyses, phylogenetic inference, and comparative genomics to characterize some toxigenic fungal populations isolated from worldwide cereals. Currently, she works on genomics, phylogenetic studies, and molecular genetic methods to determine the genetic and metabolic diversity of mycotoxigenic fungi and to identify fungal genes that regulate mycotoxin synthesis.